+441273569149 hello@thebusinesscreative.com
The Business Creative looks at what it takes to win audiences and command attention 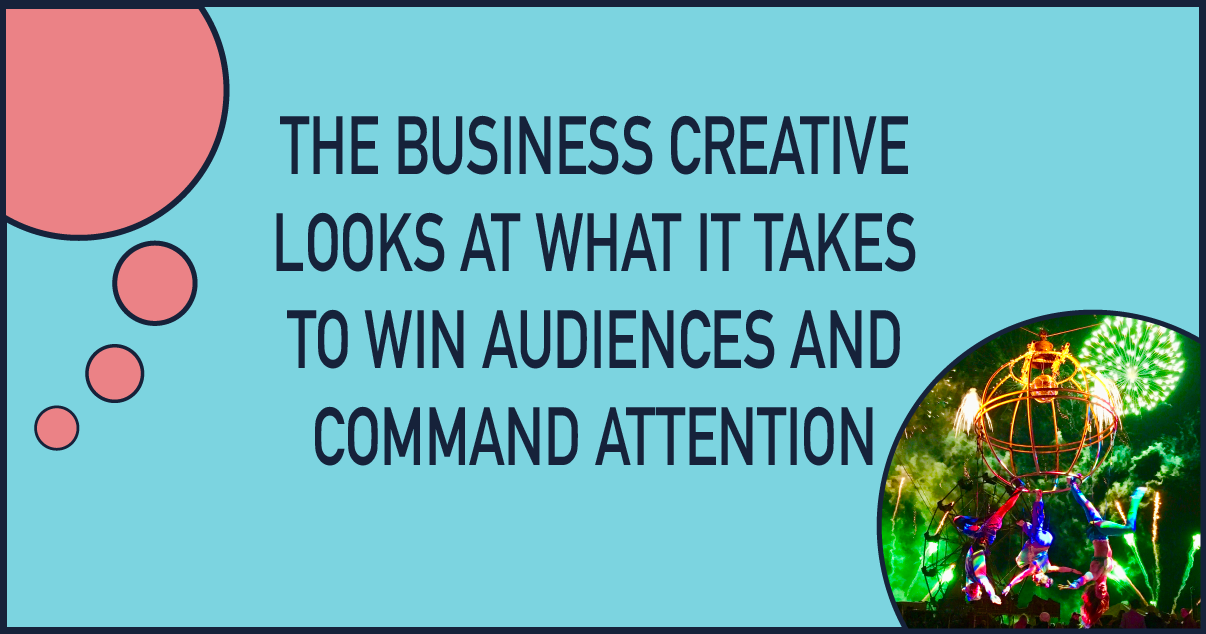 Anyone who has worked in the entertainment and attractions industry for more than a decade will tell you how much things have changed over the years. But they will also tell you one thing hasn’t changed, that audiences always want to be thrilled and excited.

From the first movie audience at Berlin’s Wintergarten in 1895 to whoever will be first to experience Disney’s much anticipated Millennium Falcon ride at Star Wars Land, the objective remains the same: to make the audience say wow!

What has changed massively, however, is the lengths attraction managers need to go to to get this reaction. Pushed by technology and consumer expectation, entertainment providers are continually on the look out for the next big thing.

“Consumers around the world are clearly telling us that multi-platform experiences are key,” says Ben O’Hara, creative director and co-founder at leading entertainment agency, The Business Creative. “The convergence of the digital and non-digital worlds is now a standard expectation as audiences want to replicate and extend entertainment across a variety of platforms. At the same time, we are seeing this coupled with a resurgence in interest in live experiences, such as visits to theme parks and music or film events.”

“Our clients want to achieve all this and, at the same time, blow people’s minds.”

The UK creative industry is at the forefront of the kinds of innovations that help attractions and entertainment providers around the world achieve just this. The UK government’s trade and investment department regularly runs pitch trips to key locations around the world, enabling creative agencies such as The Business Creative to show off their capabilities and win contracts.

“We’ve been on several trips, including to Hong Kong,” says O’Hara. “An estimated £19 billion [$27m, €25m] is being invested the West Kowloon Cultural District and in nearby Macau to develop destinations such as arts spaces, casinos and retail areas.”

How to be different
“This is just one of the hotspots for the experience economy around the world,” O’Hara says. “But it doesn’t matter whether you’re talking about a casino in China or a waterpark in Abu Dhabi, clients all want the same thing – to be different.

“For The Business Creative the answer to this lies in acknowledging one fundamental point: there can be no such thing as a template approach. Every brief needs a completely different response.

“When we pitch to clients we do two things. We come up with a unique concept. And we make sure it is grounded in our knowledge and experience of what we know works and what doesn’t,” O’Hara says. “The process is about freeing your mind to think completely outside what has been done before and then refining this in the context of logistical and financial considerations.

“By doing it this way we’ve won diverse contracts around the world, which have seen us do everything from dancing with JCBs to celebrating Chinese New Year at Ferrari World in Abu Dhabi.”

In essence, there’s no way we can predict what the next big thing in the experience economy will be. The only thing we can be sure of is that it will be extraordinary, surprising and different from anything that has come before.

Dancing JCBs are everywhere, from industry expos to local farming shows, and they are able to perform some logic-defying moves

However amazing a dancing JCB show might be, JCB still needed to push the boundaries to move things up a gear.

That’s when the company turned to The Business Creative with a brief to bring the show up to date and incorporate modern dance disciplines whilst simultaneously showcasing the technology.

“The brief explicitly stated that the company wanted to create a world first,” says Ben O’Hara, creative director at The Business Creative.

“JCB had already wowed audiences with the original concept of getting seemingly cumbersome and heavy machinery to perform deft and graceful movements in the context of a dance performance. But once audiences were used to seeing this, we had to move things on.”

The creative team working with O’Hara and Jane Maguire, the founders of The Business Creative, has no set system for devising new concepts. According to O’Hara, it’s more often a combination of years of entertainment industry know-how, solid research and investigation and a “wow” provided by some “crazy, out-of-the-box thinking.”

“The quality of JCB machinery is the result of expert and innovative engineering. We brought the same ingredients into our concept for updating the dancing diggers show.

“We knew from the off that we wanted to include parkour in the show. In the same way the machines are strong yet capable of fine manoeuvres, parkour runners are strong athletes capable of making precision movements.

“Nature is a highly skilled, talented engineer so we wanted to demonstrate these similarities with JCB equipment,” says O’Hara.

The show was built around construction and industrial themes, so core street dance sequences allowed us to showcase further acrobatics.

“Of course, it’s the details that accompany a show that make a big difference,” O’Hara says. “For JCB we built in graffiti and a sound track, for example, that enabled us to weave a story arc through the dance sequence. And it worked in conjunction with the machinery movement to accentuate and emphasise what the vehicles were capable of doing.”

The show has run for four years at Intermat, Paris and the Bauma, Munich show and also in Las Vegas. Specifically it has helped increase sales and generated record audience attendance figures as well as going viral online.

Ferrari is one of the world’s most powerful brands and its DNA is centred on elegance, speed, power, precision, agility and balance. All of these elements are expressed in Mission Ferrari through the mediums of aerial performance, dance, 4D projection mapping, mechanical engineering and a bespoke composition to accompany the show” says Ferrari World general manager, Jesse Vargas.

“Ferrari World Abu Dhabi wanted us to create a temporary concept that promoted a forthcoming attraction, whilst at the same time using the show itself to take attention away from the construction zone,” says Jane Maguire, co-founder of The Business Creative.

This led the team to devise a visually dramatic show that actually utilised the huge vertical space provided by the hoarding, which was screening the construction, as a stage.

The team then took the unprecedented decision to use the stage to showcase a rotating replica Ferrari F430 and then threw in a team of world-class acrobats performing gravity-defying stunts for good measure.

“We decided to embrace rather than hide the construction,” says Maguire. “Ferrari World Abu Dhabi insists on the very highest production standards in everything it does, and the show had to meet those standards.

“We decided to use cutting-edge projection technology to create mapping with aerial artists, a dramatic sound track and jaw-dropping special effects.

“We knew we needed to collaborate with specialists in concept development, projection mapping, aerial choreography, set design and Ferrari World’s own operational teams, if we were going to pull it off,” Maguire says.

“It all came together and worked brilliantly and the show won an industry award. What more could we ask for?” 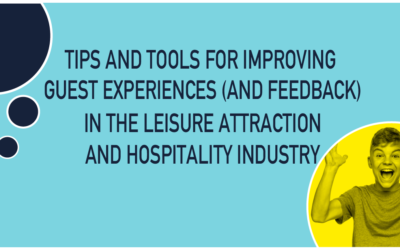 Top tips and tools for improving guest experiences (and feedback) in the Leisure Attraction and Hospitality industry.

Keeping guests engaged and happy is hard work, but it’s also the key to repeat custom and good feedback. Sometimes...

C19 may be the straw that broke the camel’s back, but implementation of remote learning has been a long time coming...